Known For: Saved by the Bell, Franklin & Bash, The Passage, NYPD Blue

Mark is best known for his television role as Zack Morris in Saved by the Bell. In 1991, he won a Young Artist Award for Best Young Actor Starring in an Off-Primetime Series.

Other well-received roles he is known for include Paul Johnson in the ABC sitcom series Mixed-ish, Detective John Clark Jr. in NYPD Blue, and Peter Bash in Franklin & Bash. He was also the lead in the 1998 film Dead Man on Campus. He later starred in the 2016 and 2019 TV series Pitch and The Passage, respectively.

Come see him at Corpus Christi Comic Con this summer at the American Bank Center!

Founded in 2017, Corpus Christi Comic Con is the premiere comic book and pop culture convention serving Corpus Christi, the Coastal Bend, and Gulf Coast.
We strive to create the best multi-genre convention that is unique to the Corpus Christi community and that is a safe and welcoming environment for all types of fans. 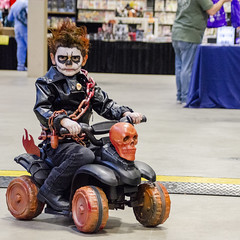